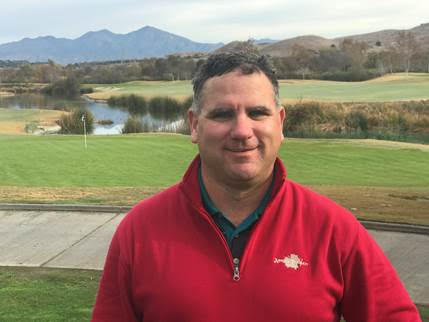 In January, Arroyo Trabuco Golf Club welcomed new superintendent Michael Wolpoff to the staff to oversee golf course maintenance and set a new standard for course conditions at our club.

Wolpoff began his new position at Arroyo Trabuco on Jan. 2nd and said he inherited a course he admires and for which he sees great potential.

“It’s an inviting course and a fun course,” he said. “It’ll be even more fun when we get the conditions closer to where we’d like to see it.”

One of Wolpoff’s goals is to achieve consistent course conditions throughout the year – and he said golfers will notice a difference in how the course plays.

“Water management is going to be a big part of it,” he said. “We’re not going to get down to brown and dry, but we’re going to aim to keep things firmer and faster with fewer wet spots to drive through.”

Maintaining premium green conditions will be a priority. “We have made a huge commitment to our guests to improve the putting surfaces and keeping them consistent. I think we’ve got a good game plan for healthy greens throughout the year,” he said. “After looking at what’s been done in the past, I think we can be pretty successful in that regard.”

Since his arrival, Wolpoff has been active on social media. You can follow him on Twitter (@atgcsuper). Wolpoff said his goal is to better communicate current course conditions to golfers, meaning such things as course projects, frost delays, etc. Take a look at the tweet embedded below.

“I’m trying to post things that are interesting and relevant to what’s going on,” he said.

Book a tee time to take a look at some of the improvements that have already been made.

The maintenance team @ArroyoTrabuco has been restoring views for the past couple of weeks. Here is a lost view from 9 green to 10 fairway. @caseygolfdesign #chainsaw pic.twitter.com/JF9JaT14Pc

The PGA tour is back in San Diego with the Farmers Insurance Open. The tournament begins tomorrow at Torrey Pines golf course in La Jolla. Our very own Head Golf Professional Michael Block is among the competitors. Corey Ross caught up with Michael to get some insight into his strategy and to see how he’s feeling ahead of the tournament.

Michael will tee off at 10:00am with Beau Hossler, also from Mission Viejo, and Andrew Yun. You can keep an eye on Michael and the tournament on the golf channel, coverage starts at Noon tomorrow.

Watch More: Michael has added a new club to his bag ahead of the tournament, find out all about it on our Facebook Page, Arroyo Trabuco Golf Club on Facebook. While you’re there, join us in wishing good luck to Michael and leave a comment.

There’s nothing like watching some golf to get you in the mood for hitting the course. Book a round at Arroyo Trabuco and stick around to watch the tournament action in O’Neill’s Bar & Grill. 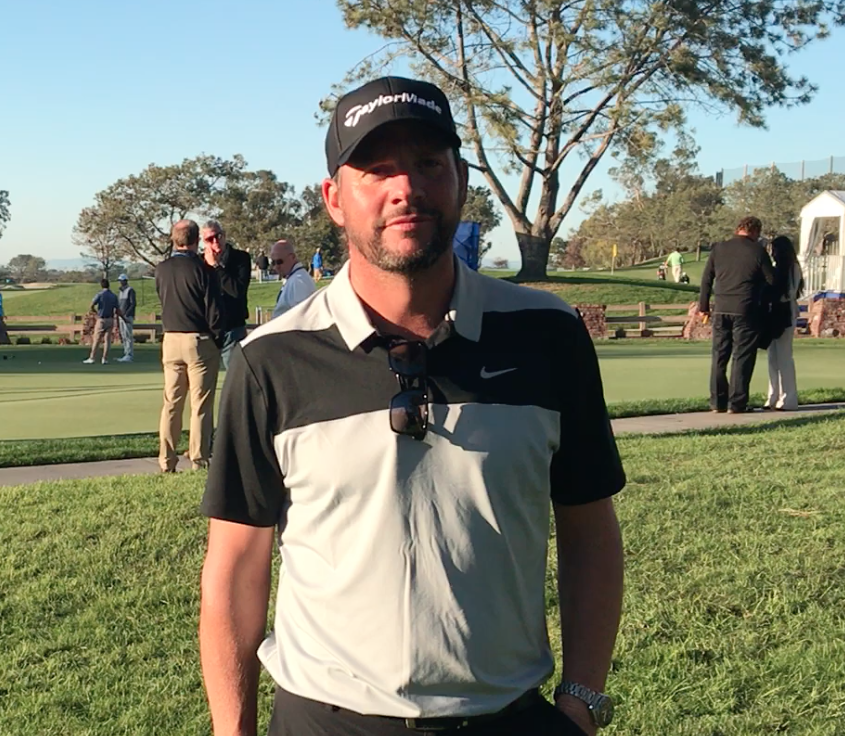 We have opened up membership for the 2018 Member’s Club. And, you don’t have to wait for all your perks to kick in. Your benefits kick in as soon as you sign up and last for an entire year from the purchase date.

The Member’s Club is a chance for us to reward our loyal golfers. The program unlocks access to numerous benefits, discounts, and all our best offers.

Plus member only events, a $50 range card, advanced tee times, discounts on food and in the golf shop, an optional GHIN membership add-on and more. Find out about all the benefits, click the button below.

We love families who golf together. We hope you will share your love of golf with your children so they can experience the benefits and joys of golf for their lifetime. That’s why we created the family program. Get all the same benefits as the Player Program and then some. Find out more, click the button.

If you were a member last year, you can renew your Membership for just $179. 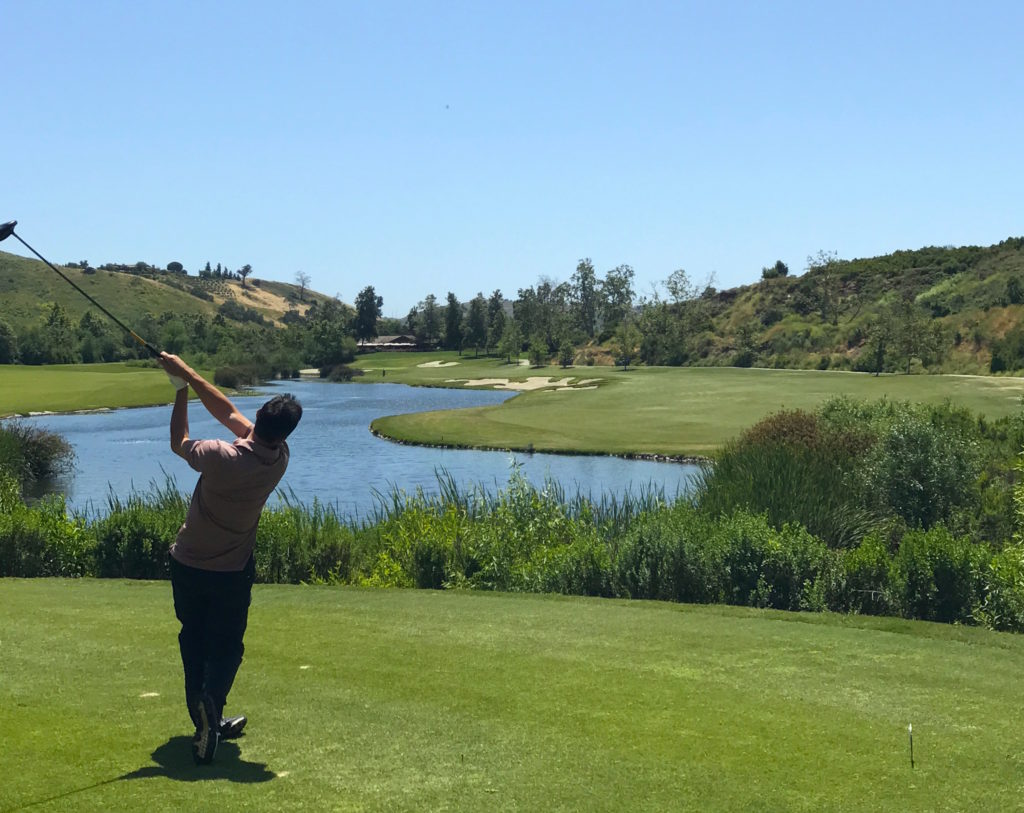 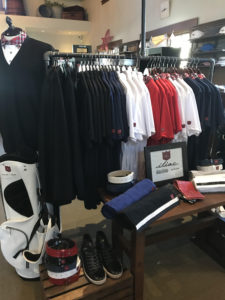 Arroyo Trabuco is excited to announce the addition of iliac Golf to its pro shop line up! Iliac is a luxury lifestyle brand that has existed only online and the exclusive clubs (Pine Valley, Royal Portrush, etc.) since its founding in 2005 but has established a loyal and sizable following. Book a Tee Time and stop by the pro shop to check out the iliac collection.

Founder Bert LaMar says he is now bringing the brand public at a select number of Southern California courses, including Arroyo Trabuco, to better serve his existing customers and grow the exposure to the product.

“I feel like I owe it to my customers,” said LaMar, who’s based in Carlsbad. “We have a big customer base on the web site (www.iliacgolf.com), but they don’t have a place to go and try it on, unless you can get into a Pine Valley.

“So I think it’s really important to put it in a few places, but I’m putting it in places where I can still be really hands-on. I want people to discover the quality and the brand.”

The Iliac line started with a specialty in premium leather head covers and uniquely styled shirts – you’ve likely seen one on the back of PGA Tour pro Jimmy Walker – and is now a full-scale lifestyle brand (shoes, pants, belts, etc.). 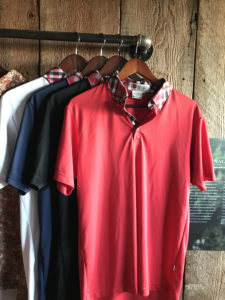 “It was a no-brainer for us to work with Bert and iliac because their style fits so well with our culture at the club,” Block said. “To be able to offer the iliac brand in our golf shop is just one more way that we can set ourselves apart, not only from other golf clubs, but even local clothing stores.

“It’s a unique and exciting opportunity to offer that label at Arroyo Trabuco.”

In this Q & A, LaMar shares the story of the founding and growth of the iliac brand, educates you about its merchandise and apparel and discusses the launch at Arroyo.

Q. You had previous successful ventures in skateboarding and snowboarding. Why the move to golf?
A. I’m a golfer and tried to turn pro for a few years, but didn’t make much money at it. I fell in love with the vintage classic style of the sport and wanted to do something that honored golf’s rich tradition. Everything iliac is rich in tradition.
I started by making luxury leather head covers and shirts and basically pioneered the head cover category.

Q. Zach Johnson and others have donned the brand on the PGA Tour. What do you think the appeal is to Tour pros?
A. I think us being fashion-forward inspires a lot of these guys and the flavor of it. It’s different. I don’t make khaki pants and striped shirts.
There’s also a higher level of support, design and service that you don’t get from the biggest companies.

Q. Jimmy Walker is one of the current Tour pros to wear your apparel. How did that relationship come about?
A. He was ranked around No. 100 in the world at the time and nobody really knew about him and he dressed like everyone else. Our clothing was a big step for him. He started with blacks and solids and was getting a lot of compliments.
His game started to ascend at the same time, and I really think there’s a connection between looking good and playing well. 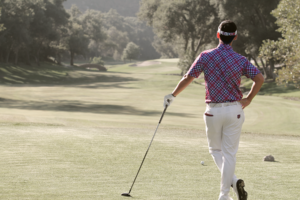 Q. What’s the best benefit you and the brand get from your clothing and apparel being on Tour?
A. From shirts to pants to belts to shoes, I’m always kind of inventing things out of Tour necessity. I’ve sometimes solved a problem they didn’t even know they had. That’s designing from the highest level. The Tour is where a lot of my ideas come from.

Q. How does that process and the appeal of wearing Tour-quality apparel trickle down to the amateur player?
A. This is Tour-level high fashion but also the technical performance of the product carries over to the amateur. We’re for people who are serious about their game and serious about their apparel. There’s also a learning curve with the product because it’s different than anything else out there.”
But once people become an iliacker, they’re usually and iliacker for life.

Q. You didn’t make the brand public until just the year. What do you hope the biggest benefit will be?
A. Our brand was under the radar for a long time. We didn’t even have the name iliac on our gear until two years ago. We just had a red crest.
We were promoted mostly by word of mouth. But to me, it’s like a good restaurant. If it’s good, people will tell people.
We’re vintage, but we’re also very fashion-forward.
But we want to bring golf’s classic style to today’s golfer.

Check out iliac products at your next visit to Arroyo Trabuco: 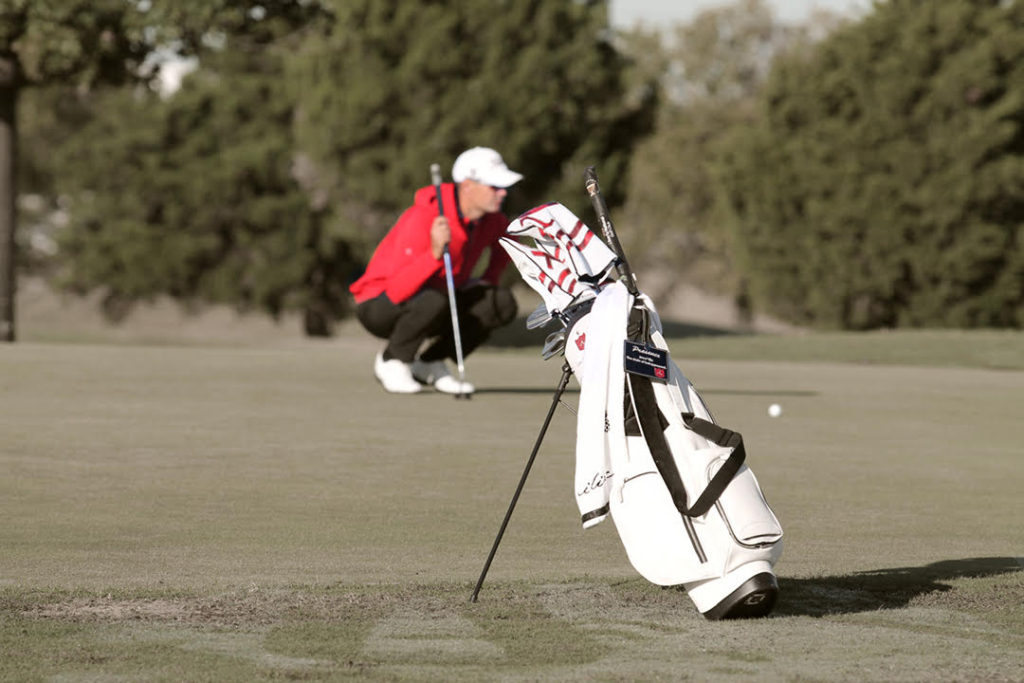