2017 at Arroyo Trabuco has been a great year and – since the current course condition is excellent – it’s set to finish on a high.

It all started last winter and then continued on with this year’s record breaking rainfall.

“It never got cool this winter so our turf never really went dormant,” the club’s director of golf, Geoff Cram said. “And then you had fresh water on top of it, so it’s incredibly green.”

Golf courses across Southern California experienced relief from years of drought this year because of the heavy rains. Many courses experienced better conditions than they had seen in years. But, going through those years of drought had a benefit too. Golf courses have had to adapt and be more efficient with less water. With new water saving strategies, these great course conditions last even longer. As witnessed this year.

This December conditions at Arroyo Trabuco are top notch! Finish the year on a high and check out the greenery: 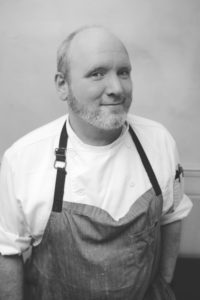 Capretz has a diverse cooking background, but his specialty is Italian cuisine, which he learned by enrolling in the Apicius Culinary School in Florence, Italy, where he refined his skills and technique. His original cooking influence comes from the Cajun, and Creole cuisine served by his grandmother on trips to New Orleans in his youth. Capretz would watch her masterfully create gumbo, jambalaya, catfish etouffee, po boy sandwiches and other signature Louisiana cuisine. That experience inspired a desire in him, he says, to enjoy cuisine from all cultures.

Professionally, Capretz got his start at Culinary School at Orange Coast College before landing his first job at the Ritz Carlton in Laguna Niguel. At this five-star resort hotel, Capretz was able to gain a vast variety of kitchen knowledge, which he then applied in a move to Las Vegas to work at Bobby Flay’s Mesa Grill in Caesars Palace. The value of teamwork and dedication was embedded in Chef Capretz in helping the Mesa Grill earn a Michelin Star.

Capretz’s training in Italy followed his time in Las Vegas and led to his return to Southern California as the Sous Chef at Andrea, a critically acclaimed restaurant in the Resort at Pelican Hill. After his brief time at Andrea, Capretz moved on to Studio at Montage Laguna Beach. Studio is the signature restaurant that combines French and California influences. Capretz would later become garde manger chef at Montage, overseeing menu development, recipes, and training among other duties. 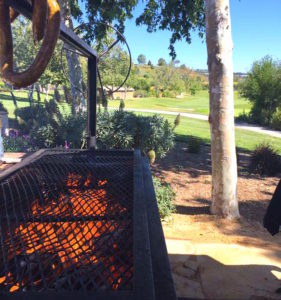 O’Neill’s Bar & Grill at Arroyo Trabuco Golf Club prides itself on being a hidden gem for avid golfers and foodies alike in Orange County. Its signature BBQ entices both with the smell of meats prepared from a smoker on the patio overlooking the 18th hole and Saddleback Hills. The tranquil design and architecture of O’Neill’s enhances the rustic feel inside and serene outdoor patio overlooking the lake.

Regulars and guests alike are encouraged to visit Arroyo Trabuco Golf Club to experience and enjoy how Chef Capretz evolves the dining experience at O’Neill’s to continue to make it one of the best in Orange County. 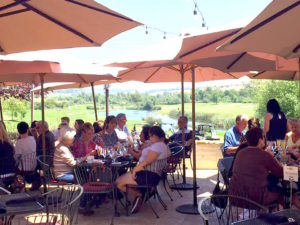 O’Neill’s features a full-service bar, including its own draft lager, and flat-screen HD televisions. The patio and fireside areas are the perfect dining experience — quietly tranquil and effortlessly comfortable.

O’Neill’s offers a variety of events, including a weekly Champagne Brunch on Sundays (live entertainment from 10:00am-2:00 pm), Live Jazz on Thursday and Friday, with Live Blues on Saturday (5:00pm-9:00 pm). The restaurant creatively integrates the leisure of a golf course with the refinement and indulgent pleasure of fine dining.

Could your game use a fall tune-up? Here’s a new opportunity for you to come train with us!

The South County Golf Academy has new times available for its Adult Golf Fundamentals class! There are now slots at 1-2 p.m. from Oct. 20-Nov. 10.

These classes cover the fundamental elements to a flawless, and injury-free swing, as well as create awareness of the proper muscles being used in your golf swing. By using and activating the proper muscles, we can prevent injury and speed up the learning process. 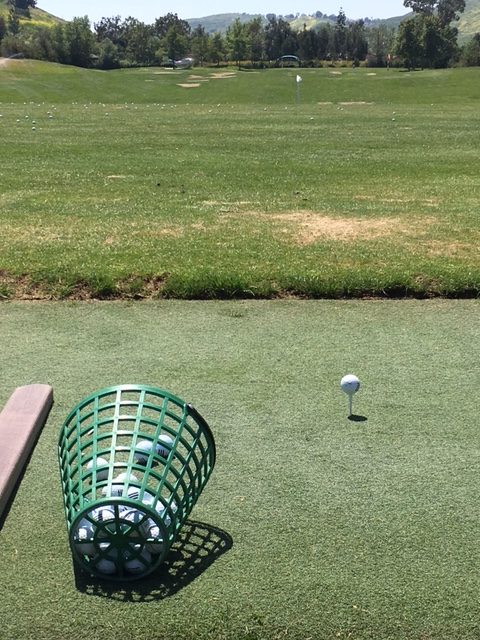 Join us on Thursday, September 28, from 7pm – 10pm for the last show of our Summer Concert Series featuring the Barenaked 80’s.

It’s the end of summer so we’re saying goodbye to our Summer Concert Series. And, we’re doing it in style.

Every single time the Barenaked 80’s have put on a show at O’Neill’s it has been an absolute blast! Something about their stage presence and energy seems to inspire the entire crowd join in, belting out 80’s favorites from all genres. 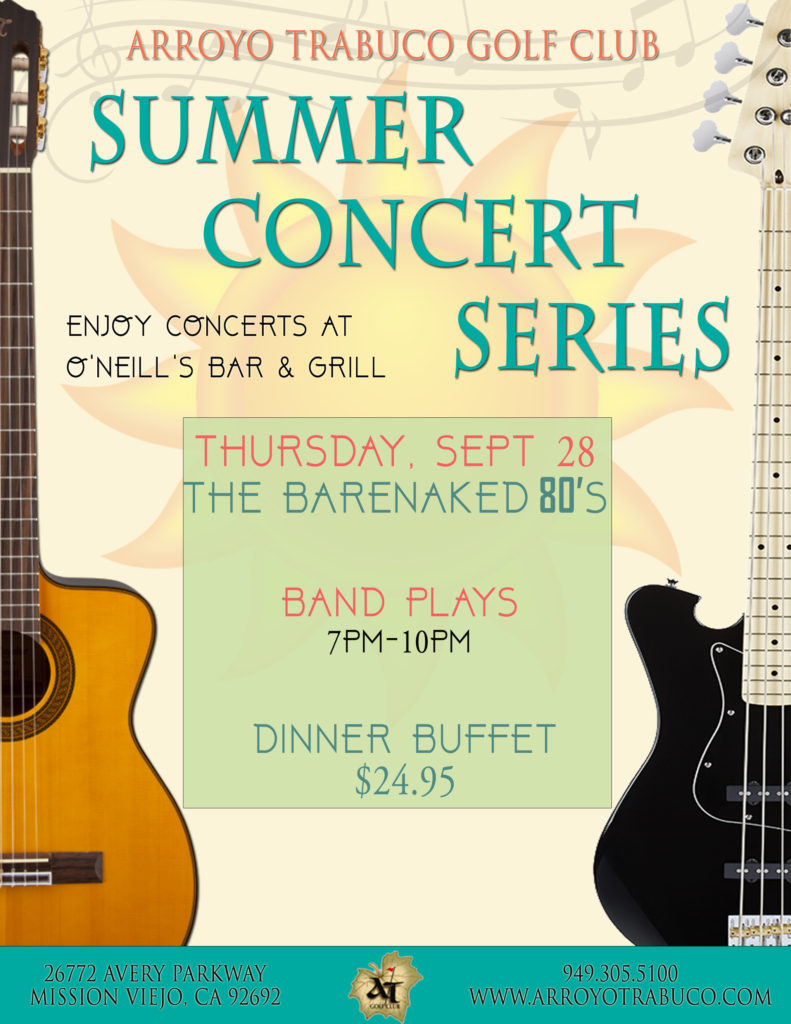 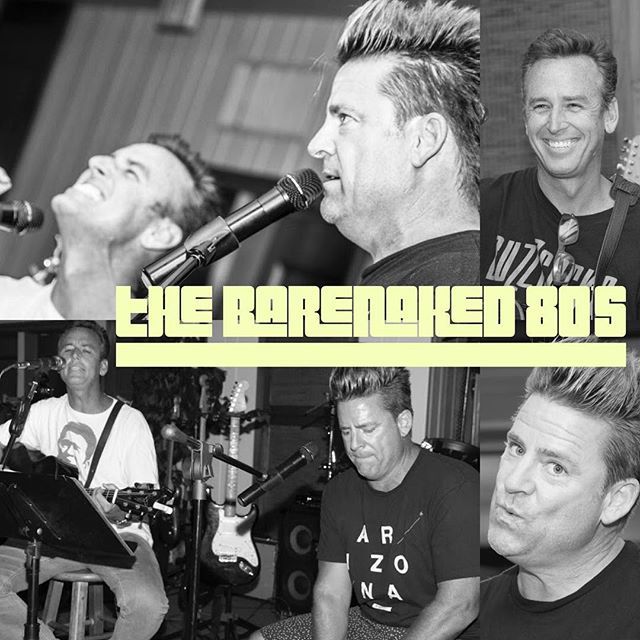 Thank you to everyone who has joined us at our Summer Concert Series events. Once again, it was a big success and we look forward to this last show and to putting the summer series together again next year!